Third step, construct a circle at the other end, where the circles intersect mark it with a cross. The equilateral triangle can be nicely constructed using a straight edge. 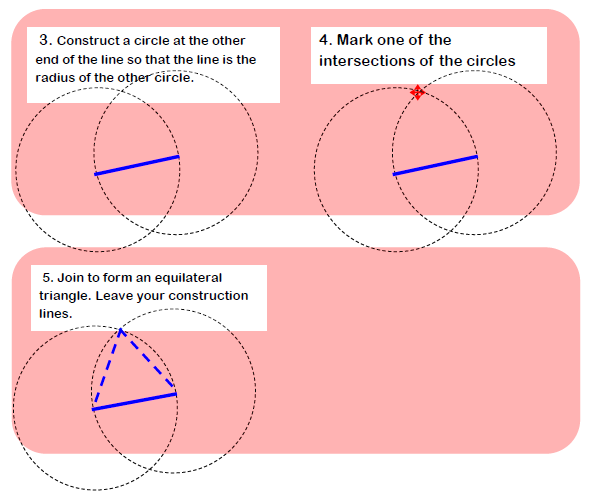 The equilateral triangle can be constructing using a ruler and straight edge. All sides are lightly marked with a dash to indicate equivalence. Each angle is exactly 60 degrees. 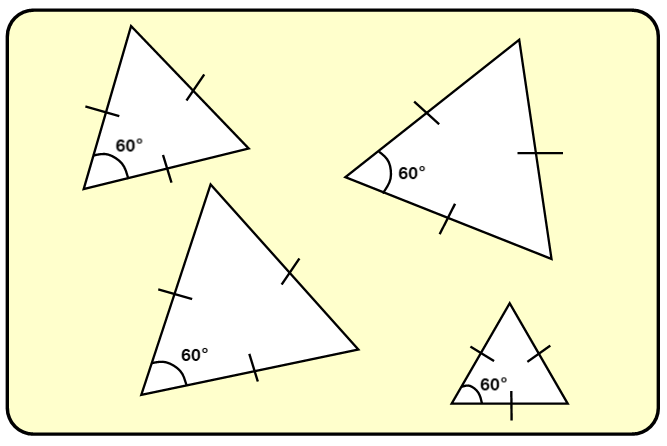 A perpendicular line makes a 90 degree angle with the line it intersects. Constructing a perpendicular bisector with a pair of compasses and straight edge. 1. Draw a straight line, 2. Construct a circle using the end of the line at the center of the compass.

3. Construct 2 circles and 4. mark the intersections.

Finally draw a line through the intersections and 6. draw the perpendicular bisector straight through. It is known as a bisector since the line cuts through the joining line exactly through its mid-point - 'the half way point'.

An angle bisector cuts through an angle in two equal parts. The first step is to 1. draw an acute angle. 2. Construct a circle at the apex of the angle.

3. Mark the intersections of the angle at the circle. 4. Draw a smaller circle using one of th eintersections as the centre.

5. Draw another small circle using the other intersections as the centre. 6. Mark the intersections that the smaller circles make with each other.

7. Draw a line through the intersections of the smaller circles and the apex of the angle. 8. Leave the construction lines. 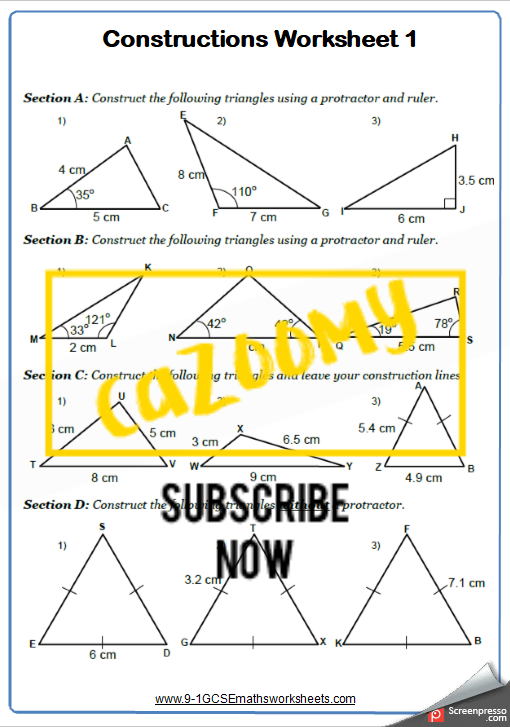 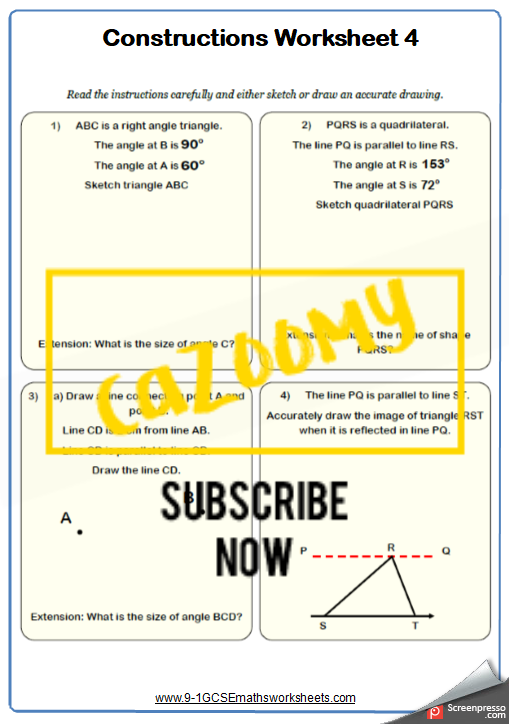 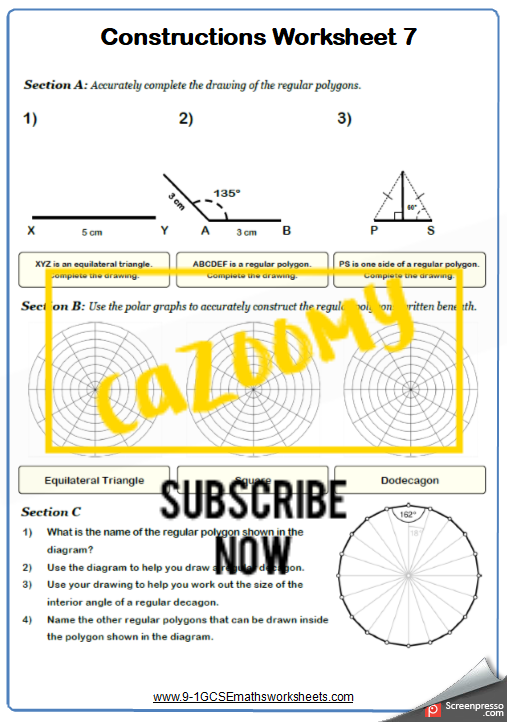 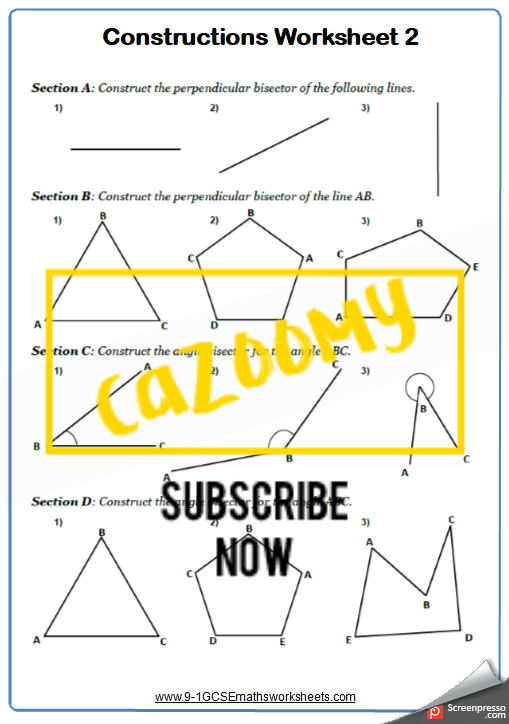 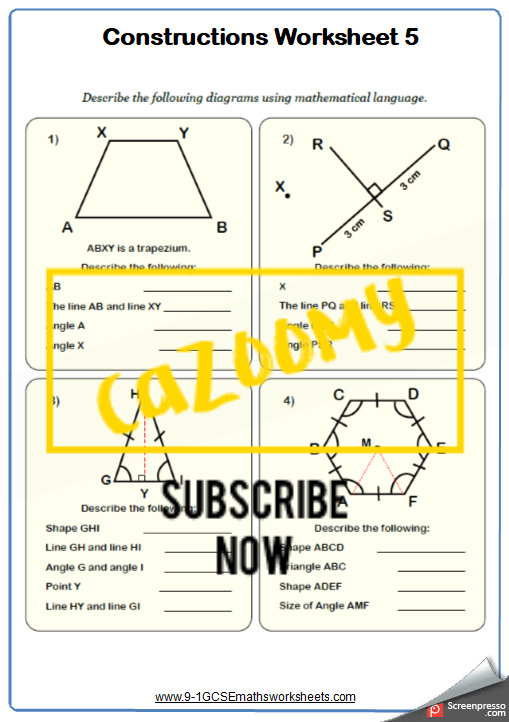 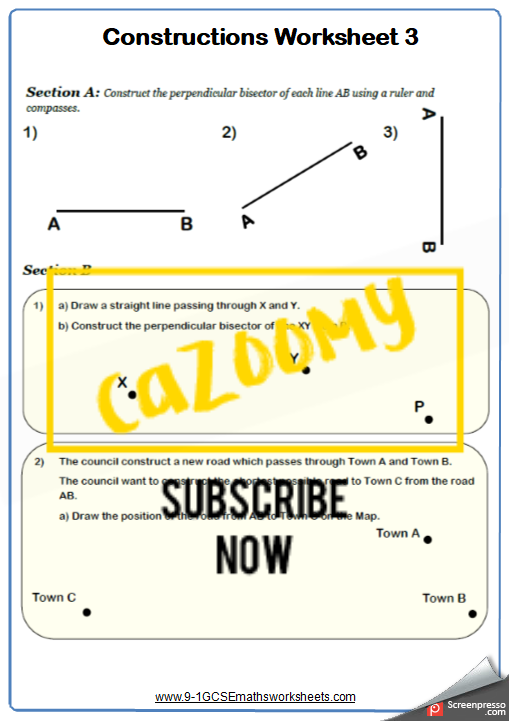 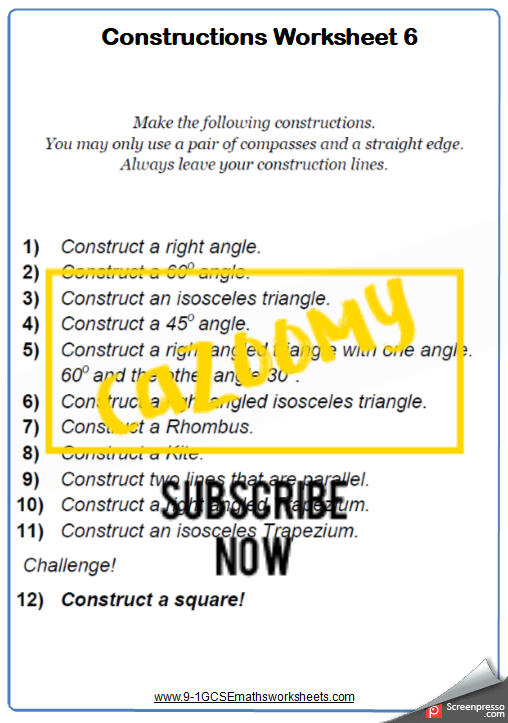