How Do You Do Rotations?

The image shows the rotation of A mapped onto the image B about the origin (0,0), 90° clockwise. 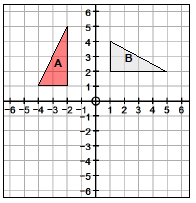 When describing rotations we must give three facts. 1. The centre of rotation, 2. the angle of rotation and 3. the direction of rotation, clockwise or anti-clockwise.

The image below shows shape A mapped onto shape B as a translation. A has moved 5 right and 4 down. Translations can also be described as column vectors. 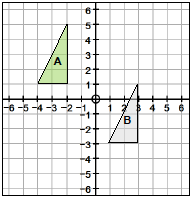 When describing translations its important to state 1. the movement left or right, 2. the movement up or down. This movement can be writen as a column vector, for example.

What Is An Example of A Reflection?

A has been reflected to image B. The line of symmetry is the x-axis. 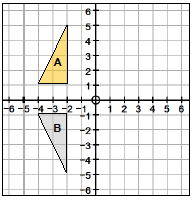 When describing reflections we must state the line of symmetry.

Shape A has been enlarged to shape B. The centre of enlargement is (-4,5) and the scale factor is 2. 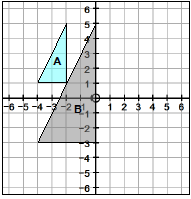 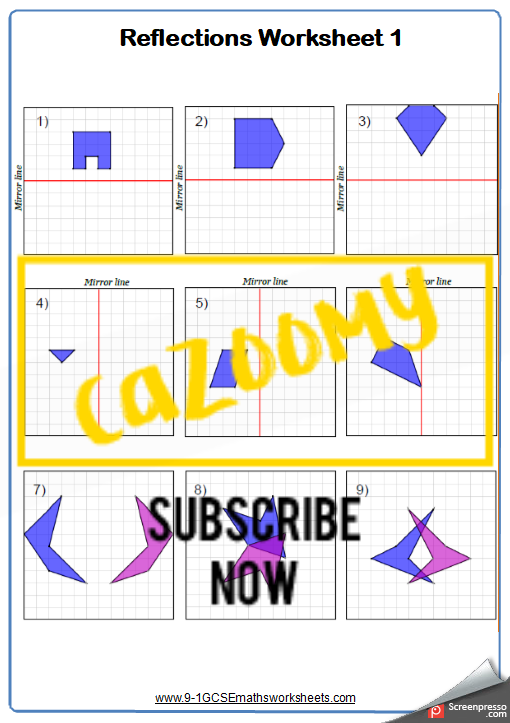 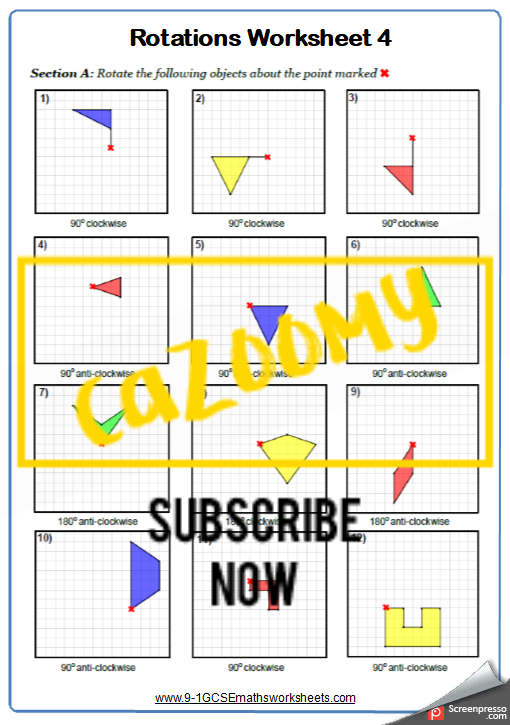 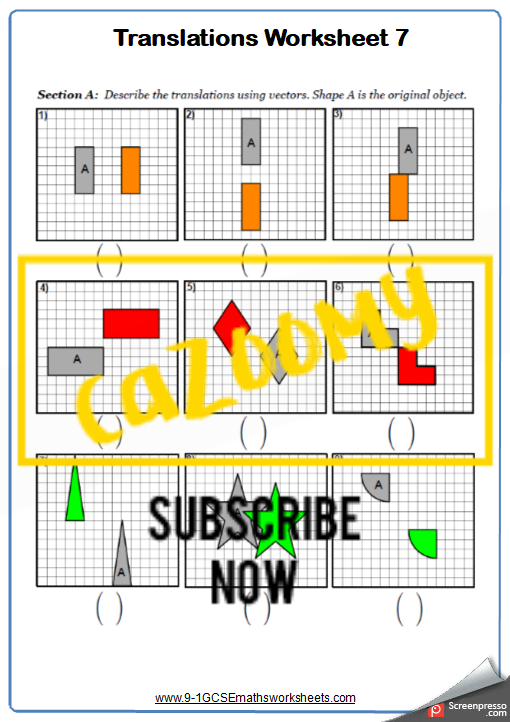 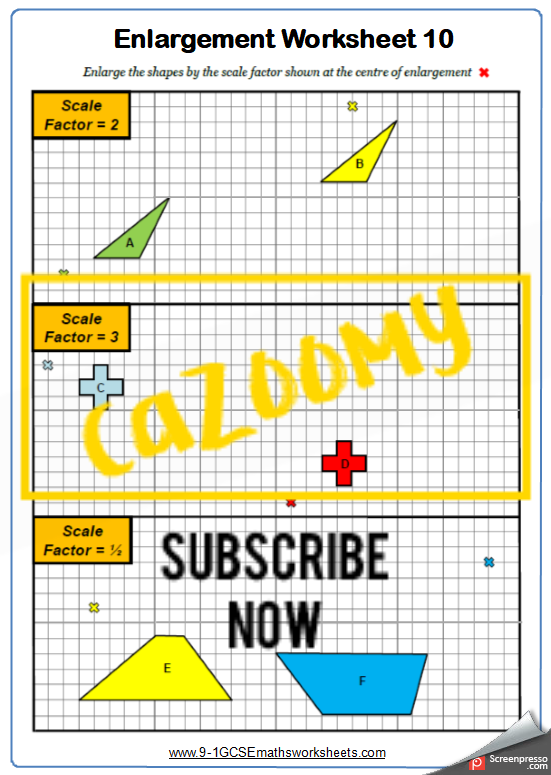 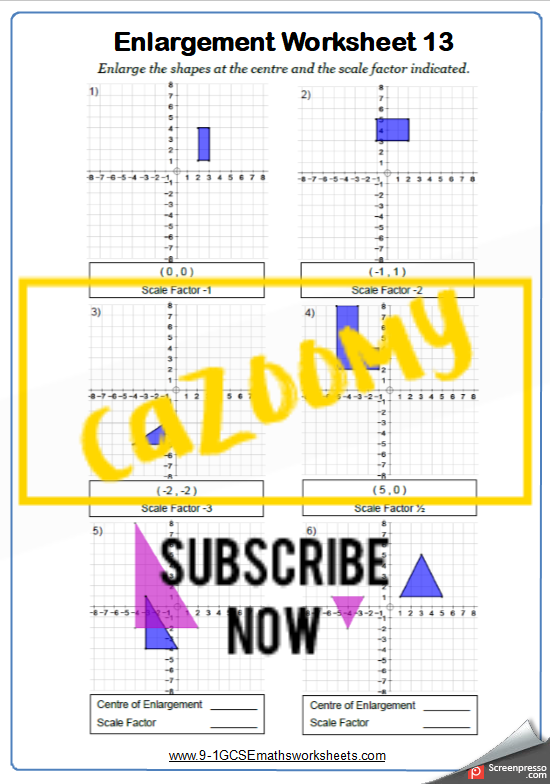 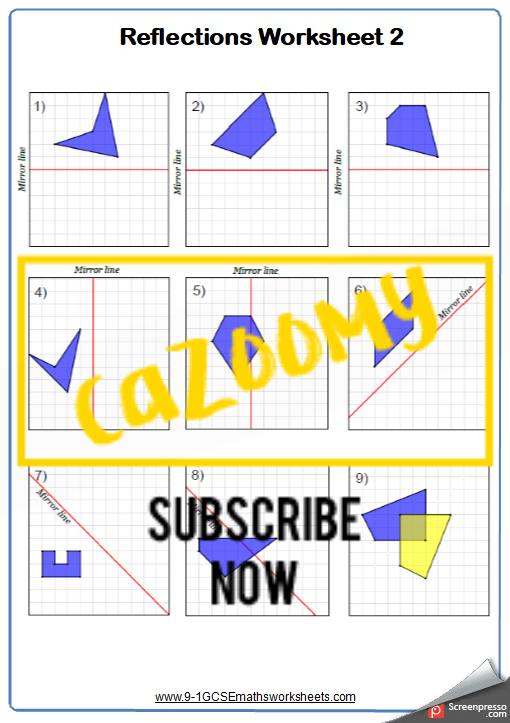 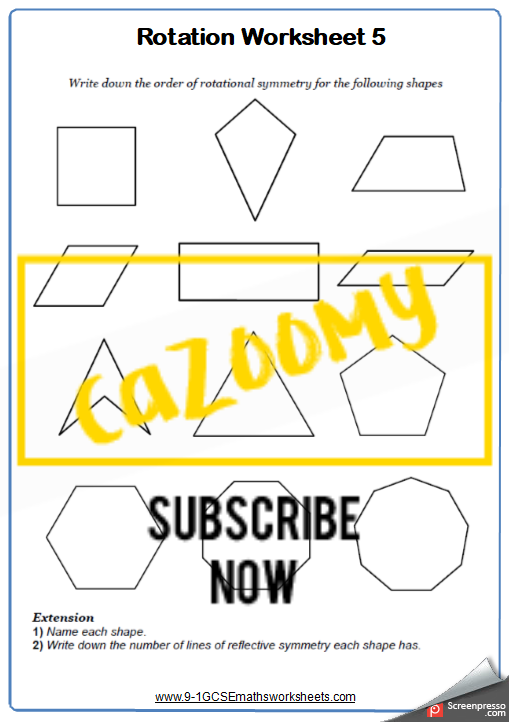 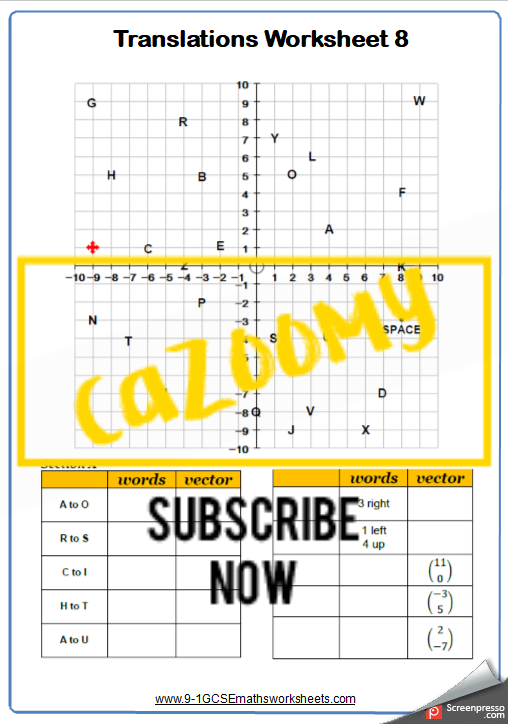 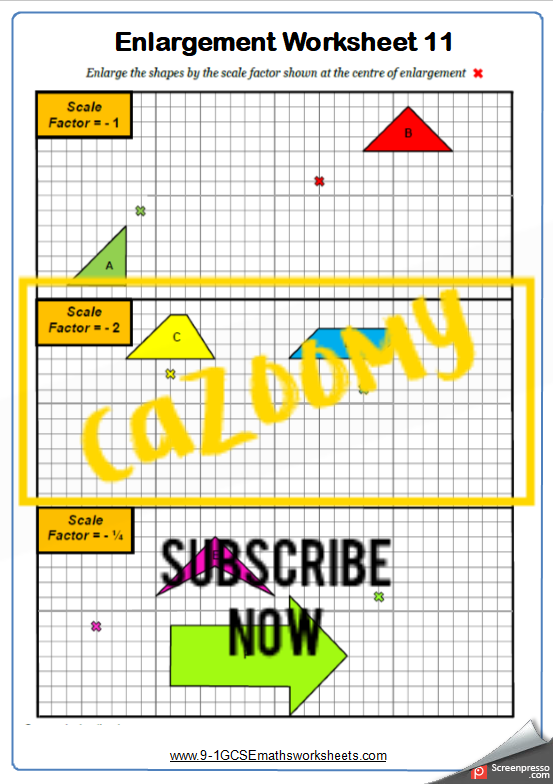 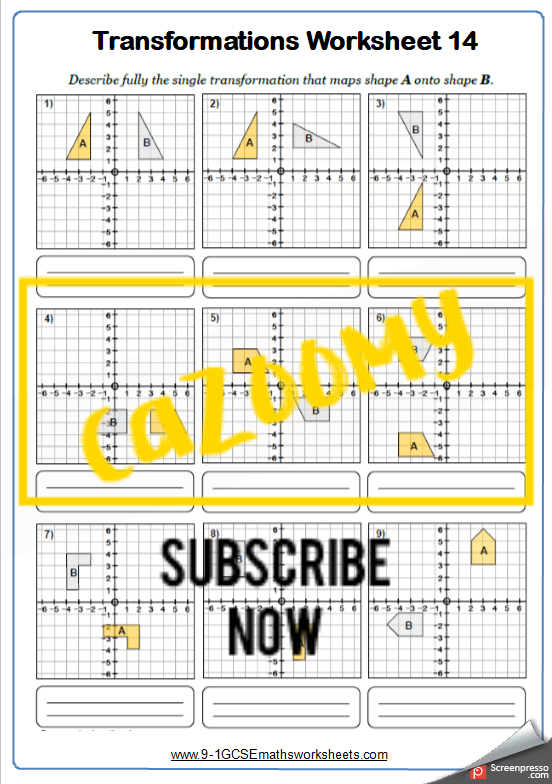 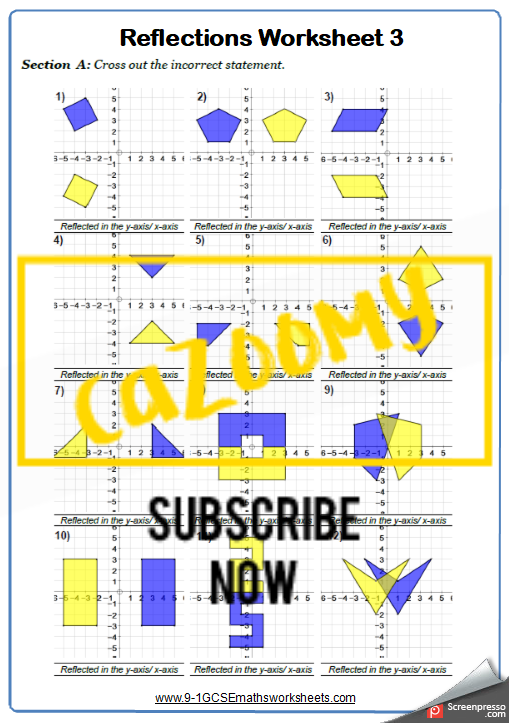 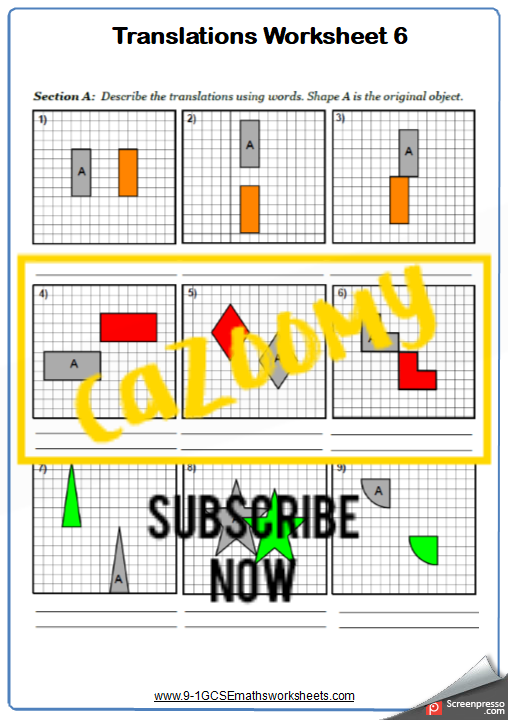 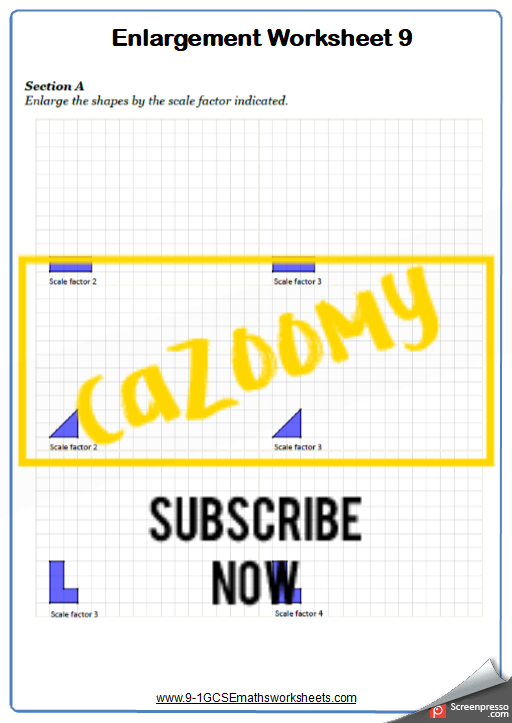 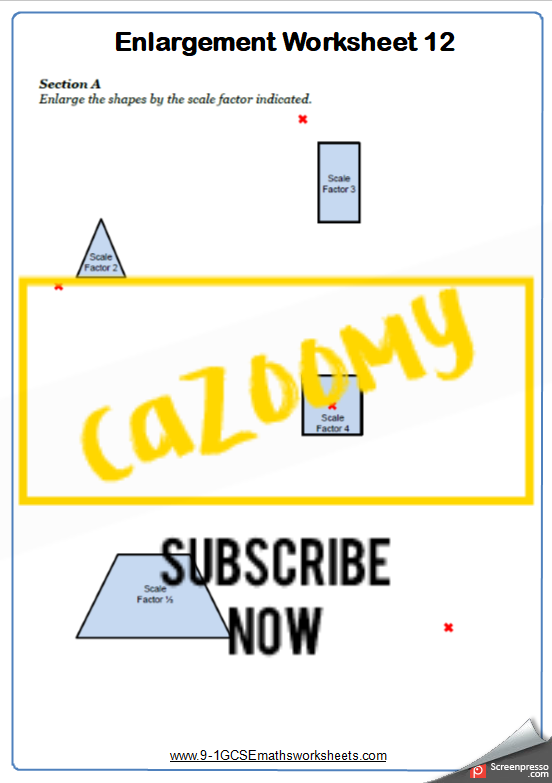 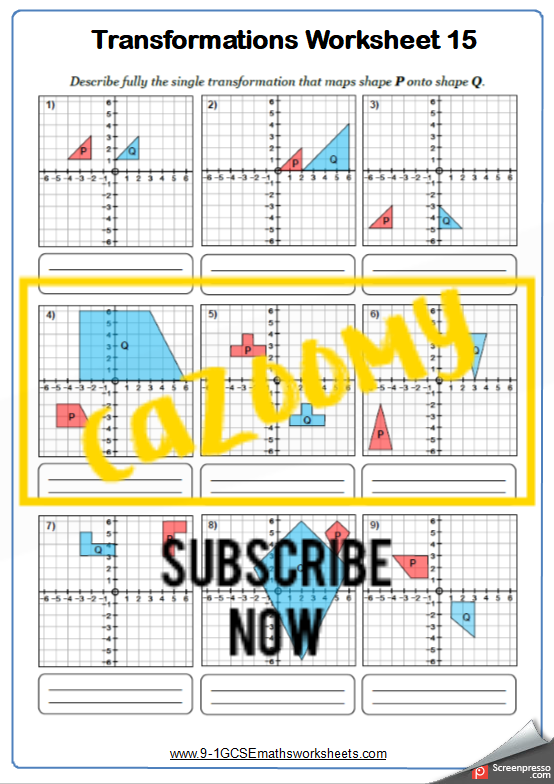